Mating in Captivity is a fast-paced and funny comedy show. Written by New Zealand writer Oliver Page, it is currently at The King’s Head Theatre for the European premiere of the play. The second night of its run saw an excited audience in the house, who proceeded to find themselves in stitches for most of the performance. 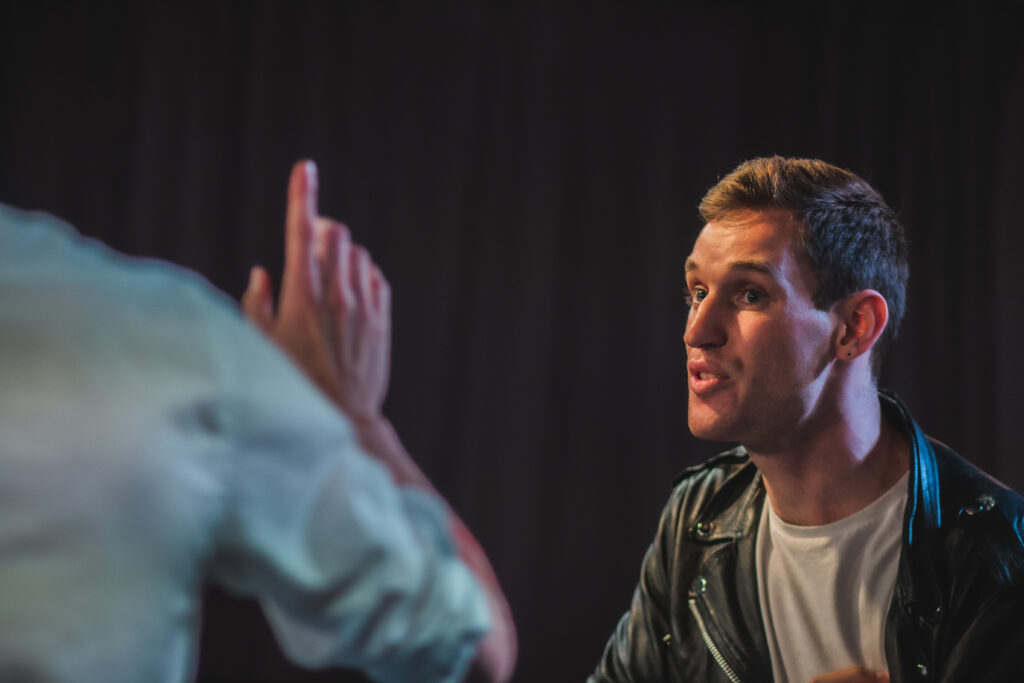 The play starts off with a bang as Annie and Rob burst into their flat ready for a night of passion on their wedding night. However, what happens next is a surprise for everyone (especially Annie): as she gets ready to prepare the bed, she finds a stark naked man under the covers. As events unfold, it transpires that the man (Jacob) is not a psychopath, as she thought at first, but Rob’s long lost ex-boyfriend. There are several more surprises in store for Annie and the audience as the story develops.

The play is masterfully directed by Ed Theakston, who insures the action is fast-paced and full of energy. The dialogue is very funny, with some outrageous jokes which had us in the audience gasping. However, it would be great to see some contrast in the play and the characters to expose the gritty reality in the story. The characters (again, especially Annie) are upset and confused at times but these moments still come across as comical. It would be great to see a different and more serious side to the action. 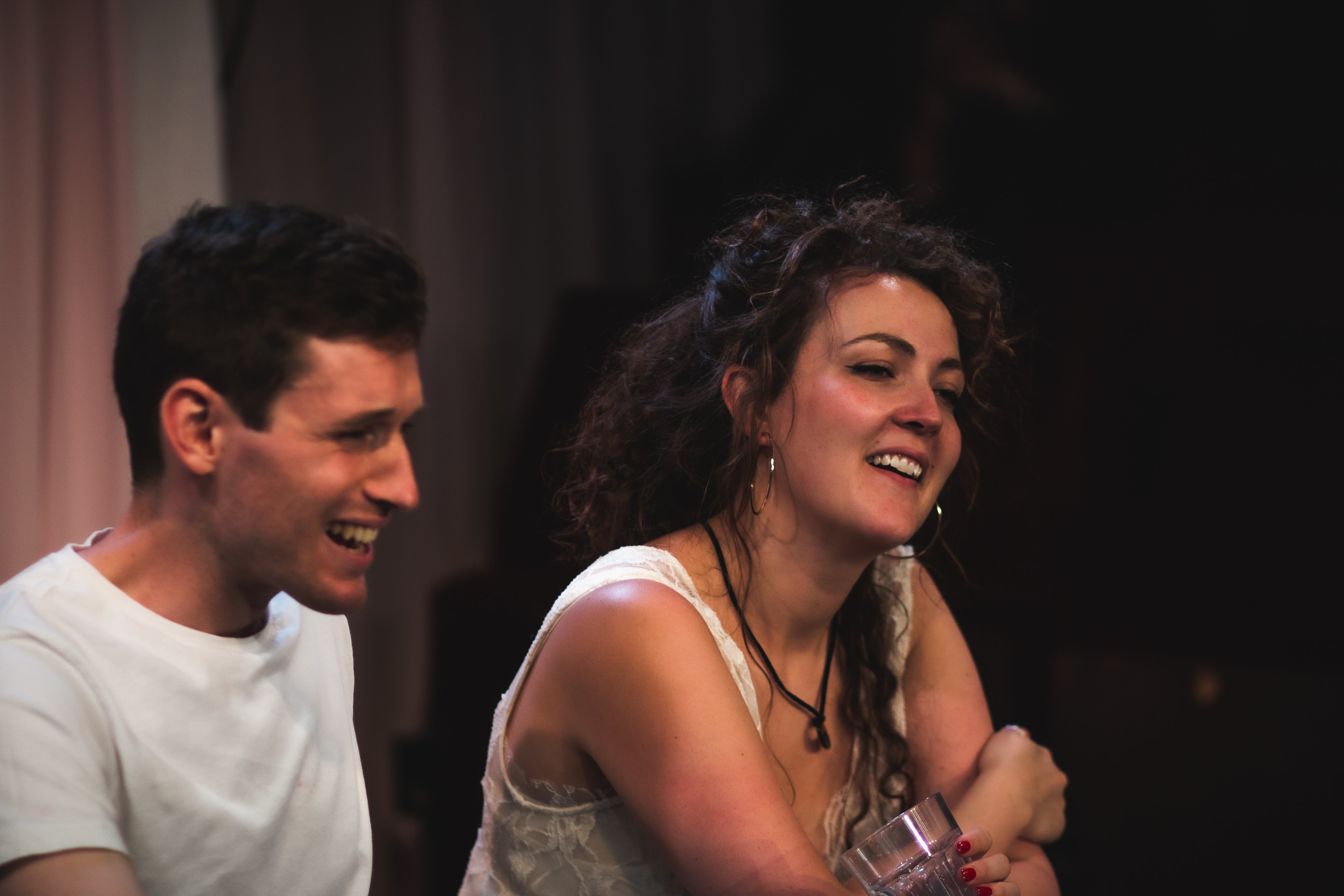 All three actors are brilliant and there is a great relationship between them on stage. Jane Christie plays a confused and witty Annie who is not afraid of saying what she thinks. Annie has a wild side but it would be nice to see more of a sensitive aspect to this character as well. Rowland Stirling plays an anxious and chaotic Rob who is a hilarious and sometimes ridiculous character. He is very charming and you can clearly see why Annie and Jacob like him so much. Finally, there is poor Jacob, played by George Rennie, who is stuck in very awkward circumstances. Jacob is very likable and the audience feels a lot of sympathy for him. He tries to get out of the situation several times but always fails because of his lust for Rob and a hard push from Annie.

Mating in Captivity is an excellent, outrageous comedy with an outstanding cast. It would be great to see this play developed further as I think it has a lot of potential.

One thought on “REVIEW! Mating in Captivity @ The King’s Head Theatre”