In the last thirty years, nearly 150 non-white people have died in police custody. No charges of murder have been laid against the police.

A play about black deaths in police custody can really only be devastating, and that’s what this production is.

Focusing on the family of Brian Olayinka, a man pulled over for being black, beaten to death by officers for being black, Custody brings us into the crucial moments of realising, responding, falling apart – the cast give us grief and rage and bitter resignation. It’s a fictional play, but it rings true. This could have been real. This could be real. This will be real, statistically. 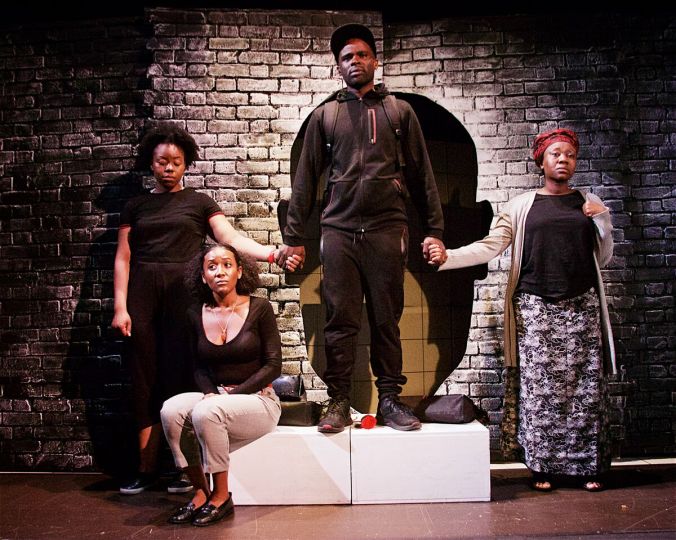 We meet his mother, sister, brother and lover – and they take turns portraying Brian, who is fleshed out in such a way that the audience weeps for him too.  A man who had his life together is now only a memorial, a silhouette, a statistic. The script really explores all the different ways systemic violence against a group of people is depersonalising. It’s also, in places, funny – as family conversations are. Much more often, it is the halting, telegraphic dialect of grief – there are some things that can’t be said. The actors’ movements speak as much as the words.

The set is brilliant – mobile as the cast, but with the shape of a man’s head hanging behind the action throughout, ever present.

I couldn’t pick out a cast member to praise above the others – they all do such an exceptional job. Muna Otaru is the Mother – agonised, unable to find sense in what has happened. The politically-minded Sister who urges activism is embodied by Ewa Dina.  Rochelle James’ Lover is at a loss to find her place with the people that would have been hers if she and Brian had married, as they planned. Creator Urban Wolf, also known as Urbain Hayo, plays the brother, who finds himself holding his family together.

This play is perfect, and depressingly necessary. 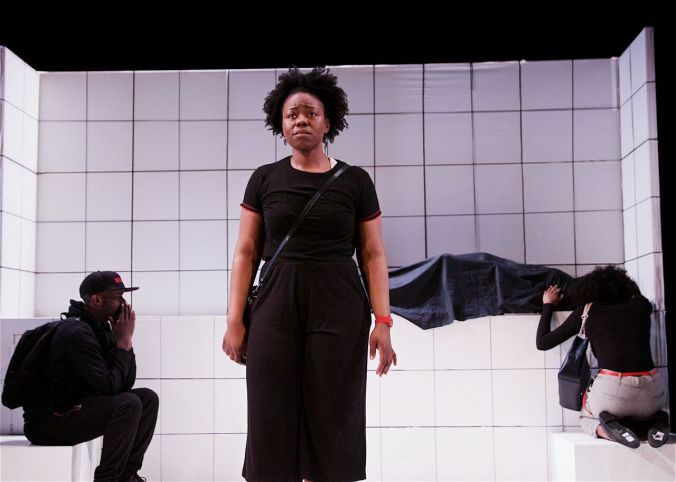 One thought on “REVIEW! Custody by Urban Wolf @ Ovalhouse Theatre”