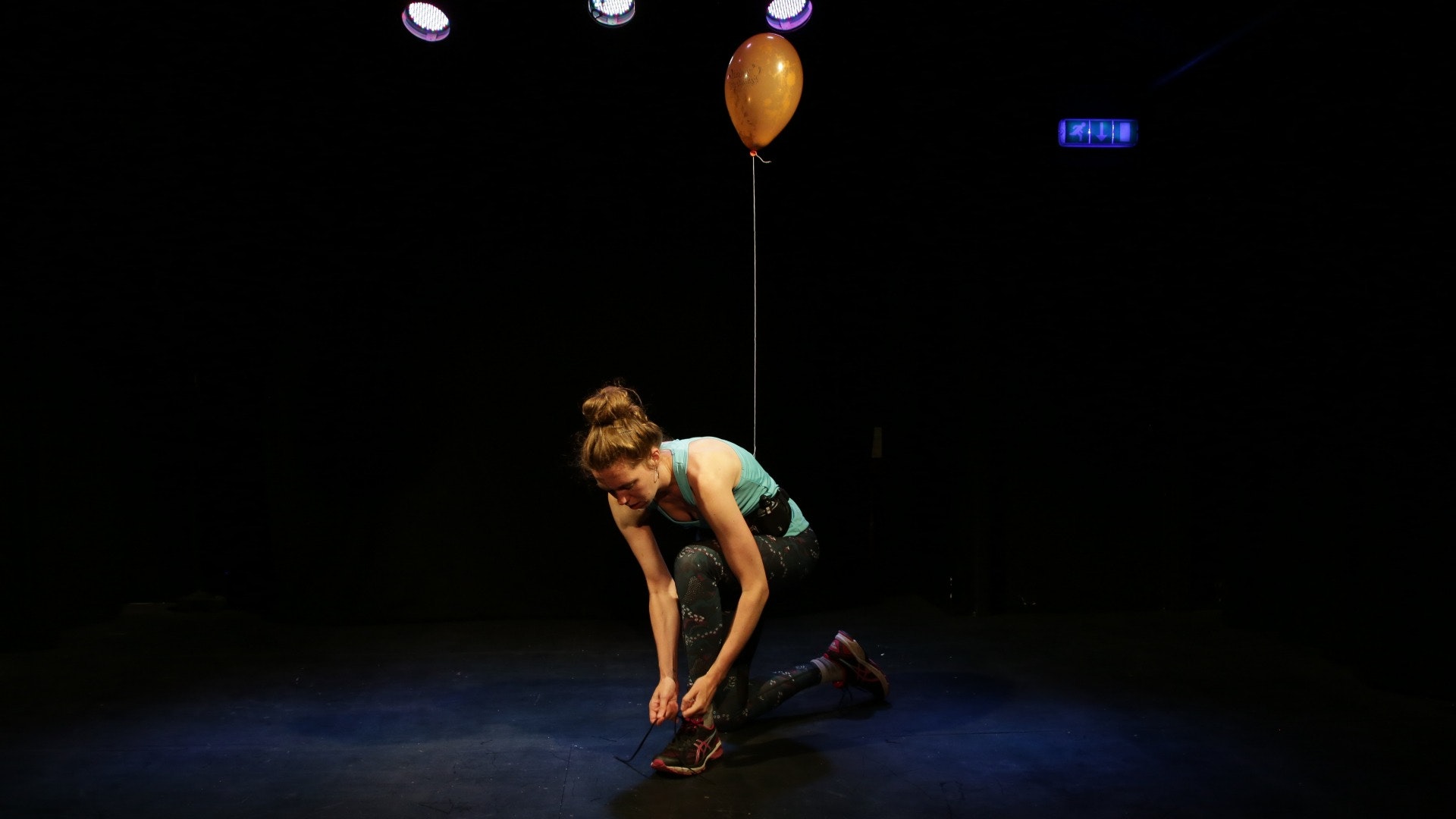 Maddy is turning 30, and about to run a marathon. She’s in it alone, with only a balloon and the voice of her insecurities for company. Her best friend is conspicuously absent, her mum is sending texts that are both supportive and worrying, and her boyfriend is waiting at the finish line with a big question. It becomes increasingly clear that Maddy is in denial about a lot of things, ranging from her lack of fitness to where she’s going with her life, but perhaps this marathon will be a chance to work through all these issues and, as a 30-year-old, hit the ground running…

Look, let’s be honest: a one-person show about being a millennial in which the writer is also the performer is likely to be… well, indulgent and mediocre. It’s Not A Sprint bucks that trend. From starting gun to finish line, this piece is compelling, relatable, self-aware, quirky, clever, insightful, and above all funny. Chapman has impeccable comic timing (and just normal timing – it’s tough having an onstage conversation where the other half of the dialogue is recorded, but she nailed it. I’m sure sound tech deserves credit for that too) and a wonderfully expressive face. It absolutely speaks to her skills as a writer and performer that she can take so many everyday and universal experiences and make them into a captivating hour-long performance. There’s not even anything on stage with her except that balloon and a number of sound effects – the magnetism is all her own. 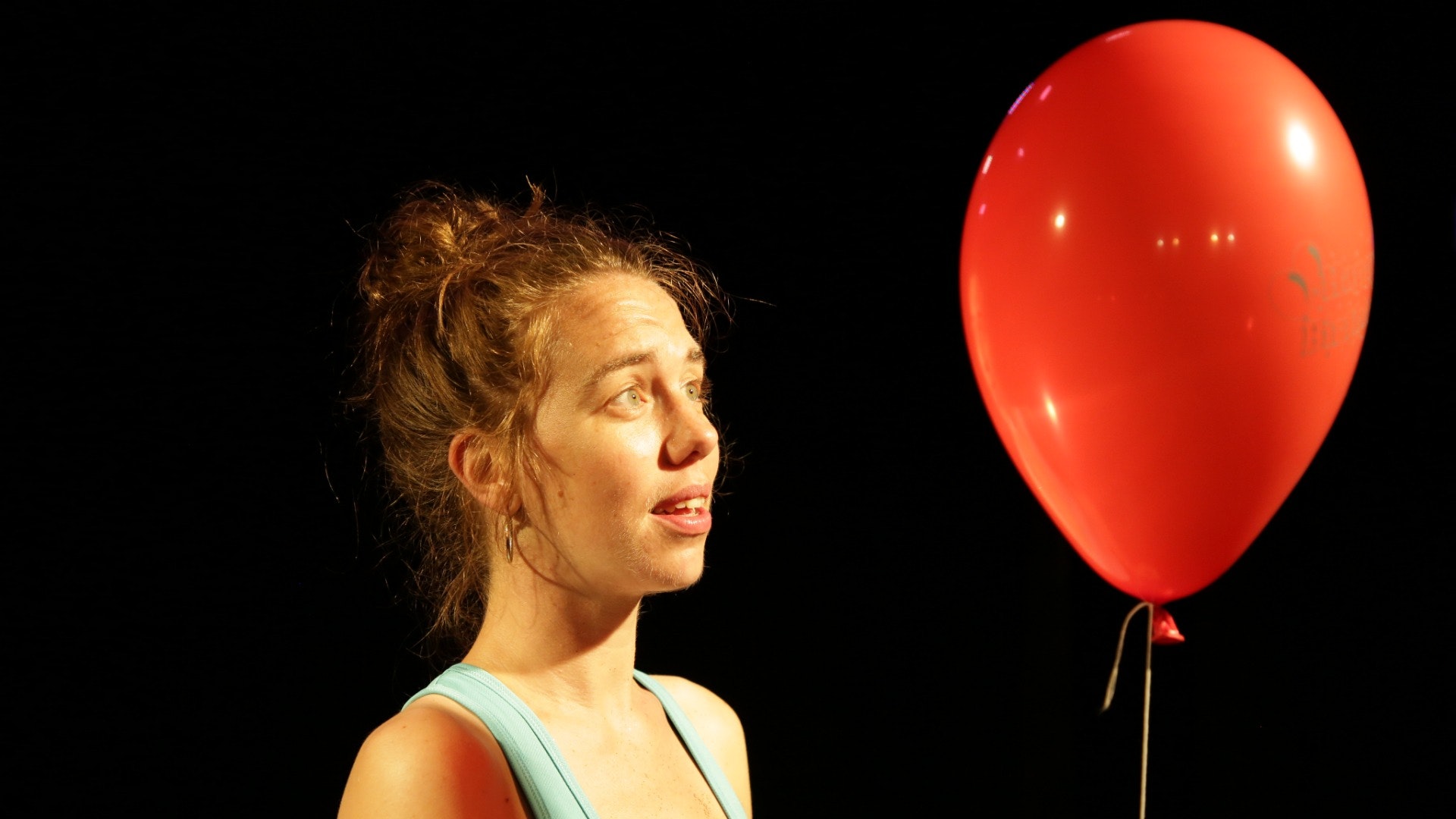 It’s worth mentioning too that, as the piece’s action takes place during a marathon, Chapman spends almost the whole time jogging in place. I, a self-confessed slob, cannot fathom being fit enough to do that – whilst also pouring my heart and soul into a performance which must be mentally and emotionally taxing – but she manages it with only a light sweat. The ebb and flow of this piece loosely matches the demands of the marathon, as Maddy goes through alternating mindsets of nervousness, optimism, determination, despair, self-doubt, and tentative hope. The mix of tension and release is perfect to keep the audience invested without becoming as fatigued as Maddy. My only criticism of the show would be that the ending felt very abrupt, though of course given the nature of the thing, it couldn’t exactly have been wrapped up with a nice ribbon and a neat ending. Sometimes in theatre, as in life, the ending is messy, with glitter all over the floor.

If you’re a millennial going through a mid-(or quarter-, third-, whatever)life crisis and you feel like time is running out and you’re NOT prepared for the future – go and see this piece. And if you’re a baby boomer thinking that our generation is overly fragile and entitled – go and see this piece, and maybe you’ll come out with a better understanding of what it’s like to become an “adult” in a time of such social, political, and economic upheaval. And if you’re just looking for some quality theatre, or a laugh and a think – see this piece. It’s not a sprint, it’s definitely not a slog, and you absolutely must catch it before Maddy ends her run.

One thought on “REVIEW! It’s Not A Sprint Novae Theatre @ Vault Festival”